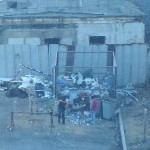 This is an introduction to the core concepts of business and human rights and why we never get anywhere in the prevention of human rights abuses if corruption persists.

Human Rights and Business – the Issues

Human rights and globalisation are arguably two of the most influential features of international relations in the 21st century. Businesses are sources of well documented human rights abuses but also have the capacity, and particularly the resources, to promote human rights.

Business is at the heart of almost every effort to improve development and people’s living standards because it is the main source of economic activity. We need to utilise this economic activity to create and scale up solutions that will drive the changes the world needs. Development efforts have also generated business opportunities; a good example is the micro finance initially introduced by the Grameen Bank in Bangladesh, the bank that enables banking of the poor.

Industries such as: oil and mining; manufacturing for example of footwear, sporting goods, and toys; agricultural production for example of bio-fuels, coffee, tea, cocoa; the pharmaceutical and the high technology sectors have all been involved in a variety of human rights abuses, sometimes in collusion with governments.

Violation of human rights include:

One of the oldest and largest initiatives creating pressure and pushing business to adopt responsible and sustainable policies and practices is the UN Global Compact (GC), launched in July 2000. To date, the GC is the largest initiative with more than 10,000 organisations and around 8000 businesses – small and large – involved. It commenced with nine principles that businesses were asked to endorse and in 2004, following widespread consultations, a 10th principle was added: “Businesses should work against corruption in all its forms, including extortion and bribery”.

It became clear that corruption was one of the key challenges for human rights and that business has a considerable role to play in the fight against corruption. The Note on the Global Compact, dated August 2013, provides an excellent historical overview and summary of the GC work since inception, with links to specific human rights initiatives.

The Guiding Principles for Business and Human Rights

At the same time, there was an urgent need for an appropriate framework to explain how exactly the human rights instruments apply to the business context. The Guiding Principles (GP’s) on Business and Human Rights: Implementing the United Nations “Protect, Respect and Remedy” Framework is doing just that.

The GP’s summarise the work of the former UN Special Representative of the Secretary-General, John Ruggie, on the issue of human rights and transnational corporations and other business enterprises, from 2005 to 2011. It is widely considered as a landmark report providing guidance to ALL sectors about the respective roles of governments and businesses in respect to human rights. It is a culmination of six years of research, consultations and collaboration and is a must read for anybody who wishes to understand the current state of affairs.

The GP’s have been used and referred to by governments, national human rights institutions, NGO’s, businesses, investors, international organisations, academics, UN Special Procedures, legal organisations and others since their release and endorsement by the Human Rights Council in March 2011.

Corruption and sustainable development are incompatible

According to the World Bank, corruption adds up to 10% to the total cost of doing business globally, and up to 25% to the cost of procurement contracts in developing countries.

We can’t consider business and human rights without discussing corruption as demonstrated by the addition of the 10th Principle to the Global Compact (refer above). Corruption is widespread and recognised as one of the world’s greatest challenges. It is a major impediment for sustainable development with a disproportionate impact on poor communities.

In December 2005, the international legal fight against corruption gained momentum as the first globally agreed and legally binding instrument: the United Nations Convention against Corruption (UNCAC) entered into force. The Convention possesses strong enforcement mechanisms, and its five main areas deal with prevention of corruption; criminalisation and law enforcement; asset recovery (a major concern for countries pursuing the assets of former leaders and other officials accused or found to have engaged in corruption); international cooperation; technical assistance and information exchange. The UNCAC covers different forms of corruption, such as trading in influence, abuse of power, and various acts of corruption in the private sector.

The Global Compact Call to Action to Government from the Private Sector Anti-Corruption and the Post 2015 Development Agenda (post Millennium Development Goals*) urges governments to promote anti-corruption measures and implement related policies to establish systems of good governance. It requests governments, among other things, to fully implement and enforce the UNCAC and make a list of practical recommendations.

It is a recognition by the business sector that corruption is one of the major, if not THE major problems for sustainable development and an attempt to create a level playing field.

*The Millennium Development Goals are a set of eight global development targets which expire in 2015.

And for those of you who actually read this article until the end, I would like to leave you with the Top 10 priority issues –  for business and human rights for 2014 as per the UK based Institute for Human Rights and Business as food for thought.