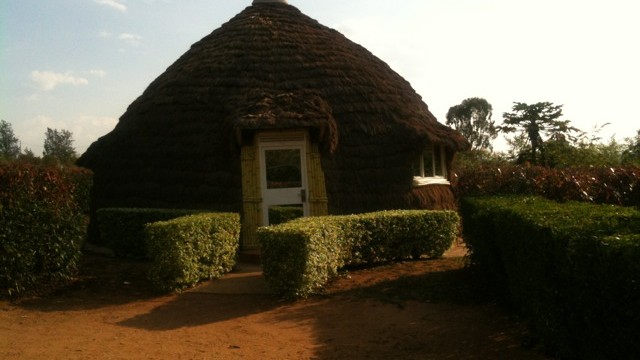 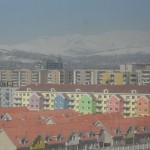 Following consultation for a population strategy for Australia, the Australian Government has just released its ‘Sustainable Population, Sustainable Communities’ strategy and ignored the most important factor: the negative unsustainable environmental impact of population growth. How is this possible when submissions pointed these implications out so eloquently and conclusively? What a missed opportunity to engage in a mature debate about population control and pave the path to a sustainable Australia that considers itself part of a global community and wishes to maintain a decent quality of life for all.

Unfortunately, the Australian Government is not alone – although this is by no means to be interpreted as an excuse.  The much loved  and extremely well respected Sir David Attenborough, known for his wonderful nature documentaries, pointed out in his President’s Lecture at London’s Royal Society of Arts: ” … the [UK’s] Government’s ‘Foresight Report on the Future of Food and Farming’….[It] shows how hard it is to feed the seven billion of us who are alive today. It lists the many obstacles that are already making this harder to achieve – soil erosion, salinisation , the depletion of aquifers, over-grazing, the spread of plant diseases as a result of globalisation, the absurd growing of food crops to run into biofuels to feed motor cars instead of people – and so on. … …It recommends the widest possible range of measures across all disciplines to tackle this.. but doesn’t state the obvious fact that it would be much easier to feed 8 then 10 billion people.”

Sir David continues: ” I suspect that you could read a score of reports by bodies concerned with global problems – and see that population is clearly one of the drivers that underlies all of them – and yet find no reference to this obvious fact in any of them.”  He concludes that there is an absurd taboo around the issue of population growth which prevents us from making progress on the most important issues facing humanity. In order to offer a decent life for everybody we need to stabilise our numbers and to achieve that Sir David proposes that we:

And by the way, the latter could prevent a large number of the 80 million unintended pregnancy that occur globally per annum. He then goes on to say:

It is tragic that the only current population policies in developed countries are, perversely, attempting to increase their birth-rate in order to look after the growing number of old people.  The notion of ever more old people needing ever more young people, who will in turn grow old and need even more young people and so on ad infinitum is an obvious ecological Ponzi scheme.

The UN is predicting that the world populations will reach 7 billion on 31 October 2011 -only 12 years after we reached 6 billion on 12 Oct 1999.  We currently don’t live sustainably. How far do we want to let the population numbers get out of hand, how many catastrophies, be they diseases or weather related does it take to provoke concerted, positive action?

Prof Mike Archer, Prof of Life Sciences, University of NSW, suggests (in a recorded interview) that:

Every continent has to take a deep breath, every country has to decide – how can we use this land we sit on sustainably rather than be driven by the insane growth in people numbers that is going to basically undermine sustainability for every human being on the planet.

That makes a lot of sense, but what can we do about this? Let’s follow Sir David Attenborough’s call to break the taboo and start debating the impact of population growth – without fear of being called racist or any other negative epithet. An understanding of the root causes as to why this debate is suppressed would also be useful.

Talking points could include:

and for the more politically minded:

For a clever graphic illustration of overpopulation and it’s side effects watch this short video:

Below are two further reference points to get ideas about the population debate in Australia:

Dick Smith’s Population website including an outline for anybody under 30 who could win the Wilberforce Award of $1m.

And for the more globally minded you could listen to Sir David Attenborough’s President’s Lecture at the Royal Society of Arts, London 10 March 2010: