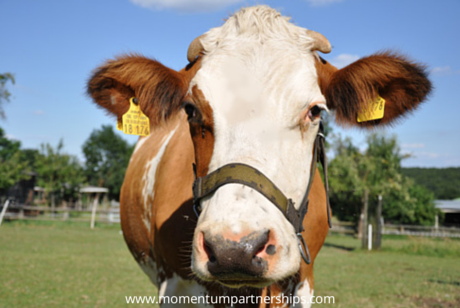 About 120 people die in the same time.

As the planet becomes more populated, more of us are aspiring to a middle class lifestyle with all its trappings – including the increased consumption of meat.

Consumption, including raising animals for meat puts enormous pressure on the environment and has led to questionable ‘farming’ practices.  As awareness of industrial scale factory farming methods increases, so too, does the opposition to “farming“ practices inconsiderate of the welfare of animals.

Recent publicity of abuse and cruelty to farm animals has put animal welfare on the public agenda and consumers are talking with their wallets.

This is good news for animals. Beyond random acts of kindness in individual cases – which of course are excellent in their own right – we are seeing systemic change with long-term consequences.  Real, systemic, large scale change can only be achieved through legal change and enforcement and the development of precedence cases. Here are five examples with wide reaching implications indicating that things are changing for the better:

Mr Des Hague, The CEO of Centerplate, a $6 billion-dollar company, providing snacks at large sports and entertainment arenas across the USA was caught on camera abusing a young, defenseless dog.

The video went viral and caused a public outcry. Clients of Centerplate issued statements condemning Mr Hague’s behaviour. Consumers voiced their concerns to the company via social media. At first the company issued to a public apology, made a $100,000 donation to an animal charity plus Mr Hague was ordered to serve 1000 hours of anger management & community service for an animal welfare organization.

However, that did not satisfy Centerplates customers and consumers who continued to call for the CEO’s resignation threatening to boycott the company’s products if he remains in the job. (check #DesHague on twitter to read some of the messages) A petition on change.org  calling for Mr Hague’s resignation collected 180,000 signatures within one week. Mr Hague was forced to resign.

This send a strong message: it is not okay to treat another creature badly, particularly a defenseless one!  It is unclear at this stage whether there will be criminal charges against Mr Hague.

Legal recognition that animals have emotions and feelings. 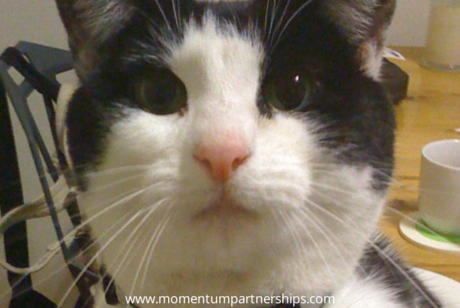 To continue on the topic of pets –  France recently voted in a significant legal change following a petition of more than 700,000 people, including scientists and academics, who called for a change to the archaic 1804 Napoleonic code which defined pets as pieces of property and gave, for example a dog, the same legal status as a chair.

The French Parliament voted in April 2014 to approve a new bill effecting the approximately 63 million french pets. This bill changes the definition of animals from ‘movable goods’ to ‘living and feeling beings’.

Animals suffer, they have emotions and feelings. It is not a question of making animals subjects of the law… but simply of protecting them against certain forms of cruelty. Quote by French philosopher and former education minister Luc Ferry.

Legal implications of this change include:

Critics of the changes are concerned that this could lead to the end of breeding, hunting, fishing, bull-fighting and the eating of red meat and  that animal rights activists would use the law to challenge slaughter practices on the ground that it is wrong to kill ‘beings with feelings’.  A space to watch!

Law reform aimed at keeping us in the dark.

The good news: attempts to keep us uninformed by legislators have been stopped in South Australia.

As so often, Australia is taking a cue from the USA in trying to introduce AG-Gag Laws to prohibit the documentation of activities in agriculture involving meat ‘production’. The South Australian Minister for Labor Agriculture, Food and Fisheries, Ms Gail Gago reintroduced the bill in the Legislative Council on 5 June 2014. Fortunately, it was defeated due to fierce opposition by various groups.

Most people would agree that transparency in industry sectors, including raising and keeping animals for food and other products, is necessary to ensure that industry is conducting its work ethically. Accountability is key and this is what corporate sustainability and responsibility is about. Freedom of information and whistle-blower protection should be thought of as an important protection of citizens rights and regulation of society, particularly in a democracy.

Under ag-gag, it is illegal for activists to document animal cruelty and illegal for the media to report on it. In practice, these laws lead to journalists or advocates being jailed for doing their jobs, and consumers being left without information.

Shutting down the free flow of information, stifling debate and protecting industry from public scrutiny is not the way forward. Changing Times.

The fight is not over yet but the defeat of the South Australian bill is a step in the right direction. People do want to see positive change in this industry and will not all government sanctioned cruelty to animals. 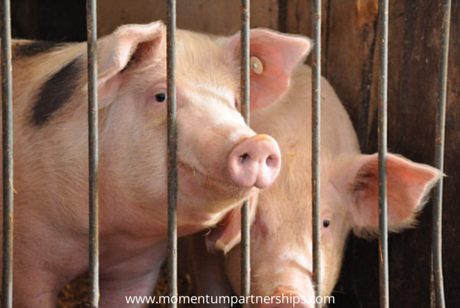 Nestlé has been reading the writing on the wall and announced global animal welfare reforms aimed at eliminating several controversial – yet standard practices within its global supply system. In particular, practices like confining pigs in gestation crates, calves in veal crates and egg-laying hens in cages; the forced rapid growth of chickens used for meat products; and cutting the horns, tails and genitals off farm animals without painkiller.

It is hard to imagine that these practices even exist today.

Nestlé is also encouraging food sustainability by promoting the global Meatless Monday movement through on-package messaging for some of its products.

We are often told that cultural rights and traditions overrule other rights because they have been established for such a long time and are part of important rituals. Yet, recently a court in remote northern India had the courage to ban a long tradition of sacrificing animals for religious reasons describing the practice as ‘cruel and barbaric’.

The high court in Himachal Pradesh has asked police and other officials to enforce its ban on the slaughter, mainly of goats in Hindu temples throughout the state. ‘No person will sacrifice any animal in any place of worship. It includes adjoining lands and buildings’ decided a two-judge bench of the court.  (Quote from media article: Rights activists hail Himachal Pradesh’s decision to outlaw ‘barbaric’ slaughter of animals in Hindu temples.)

This decision has far reaching international consequences way beyond the boundaries of Himachal Pradesh. It is particularly heartening that it is not just the passing of the rule but also a matching reinforcement mechanism through the police and other officials.

I don’t know about you but I grew up with Zoos and animal theme parks. Visiting the Zoo was one of my favorite pastimes. I loved learning about exotic animals and others that could not easily be spotted in the wild. Fortunately, some Zoos have come a long way since. Animal enclosures have become larger and more species appropriate. Others haven’t.  However, there is no denying that keeping wild animals against their free will in an enclosure so people can pay to  look at them any time, is depriving them of their natural lifestyle and cruel by today’s standards.

The recent release of the documentary film ‘Blackfish’ has drawn international attention to the fate of Orcas and Dolphins capture and then sold to theme parks, most of which are owned by large companies such as entertainment icon, Village Roadshow in Australia.

There is a growing movement to liberate animals from captivity, particularly when they are used for entertainment. In the USA animal rights activists have mounted protests (so far unsuccessfully) against SeaWorld, demanding an end to Orcas and Dolphins in captivity.

The Indian Government, however,  is showing international leadership in this field. The Minister of the Environment and Forests in India abolished the use of dolphins in marine circuses, advising state governments to reject any proposal to establish a dolphinarium“ by any person/persons, organizations, government agencies, private or public enterprises that involves import, capture of cetacean species to establish for commercial entertainment, private or public exhibition and interaction purposes whatsoever.  The Indian Government issued the following statement:

“Whereas cetaceans in general are highly intelligent and sensitive, and various scientists who have researched dolphin behavior have suggested that the unusually high intelligence; as compared to other animals means that dolphins should be seen as ‘non-human persons’ and as such should have their own specific rights and is morally unacceptable to keep them captive for entertainment purpose.”

thanks for reading this far! If you have good examples showing that things are changing for the better, please let me know!

About the change in law in France.

The thought-provoking article that inspired the making of Blackfish.

For arguments against the use of dolphins and ocras in entertainment click here and here.

And the Washington Post opinion piece about cruelty to farm animals.